About us - Dax Restaurant

Dax Restaurant offers unrivalled levels of elegant dining and fine French cuisine in Dublin’s historic Georgian quarter. The impressive mix of professional service and delicious food makes it a premier destination for client entertainment, Pre-theatre or casual dining. The modern Irish cuisine uses the very finest local produce delivering an experience of taste and culture that is renowned throughout the Irish Capital. 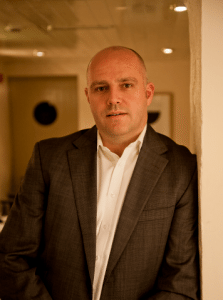 Olivier was born in the South West part of France in a town called Dax, one and a half hours south of Bordeaux and 40 minutes North of Biarritz. He grew up in the countryside where food, wine and rugby had a strong influence on his upbringing. After completing his studies in the regional catering school, he completed 3 years training in a 3 Michelin Star Restaurant called Alain Chapel near Lyon. He learned the skill of the hospitality and moved around France (St Tropez, Monaco, Paris) working in Michelin Star Restaurants before moving to Dublin in February 1995. That same month, Olivier met Kevin Thornton and opened Thornton’s Restaurant in Portobello and then on to the Fitzwilliam Hotel. They worked together for 9 years and were awarded 1 Michelin Star in 1996 and a second Michelin Star in 2000. Dax Restaurant opened its doors in November 2004 and Olivier remains here welcoming his customers and entertain them during lunch and dinner. Dax is all about the warm welcome, the unforgettable food experience, the impeccable service and the fine wine list. The Dax team is here to ensure you have the best fine dining experience possible. As Olivier says “Life is too short to show off so, seat down, relax and enjoy “ 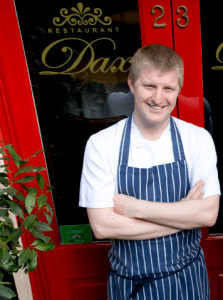 As Head Chef at Restaurant FortyOne he was celebrated for his innovative style and collected a plethora of accolades including the prestigious Food & Wine 2014 awards for Best Restaurant in Dublin, Best Chef in Dublin and Best Chef overall in Ireland.

In 2019, Graham was lauded yet again with the award “Best Chef Ireland” at the Irish Restaurant Awards.